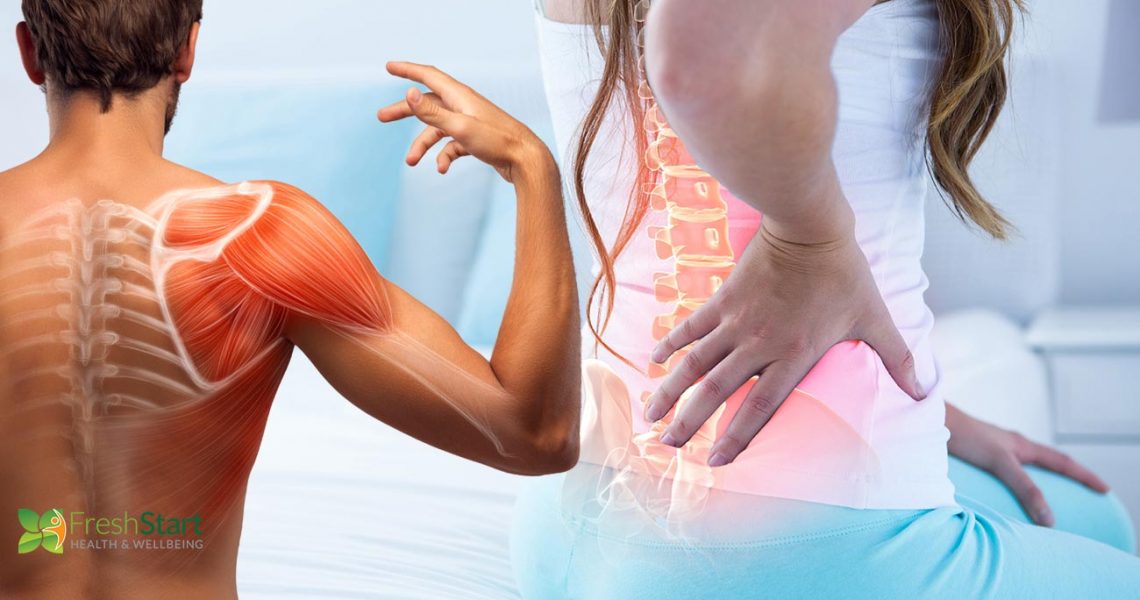 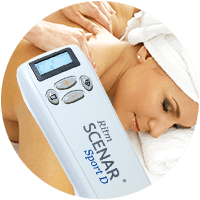 What is Fibromyalgia?
The word fibromyalgia means pain (algia) coming from the muscles (my) and fibrous tissues (fibro) such as tendons and ligaments. Most people with fibromyalgia also have other symptoms in addition to the pains – see below. Therefore, fibromyalgia is sometimes called fibromyalgia syndrome (FMS). It is a chronic (persistent) condition. Fibromyalgia does not affect the joints, and so is not an arthritis.

What causes fibromyalgia?
The cause of fibromyalgia is not known. However, research has shown that people with fibromyalgia have certain subtle changes in some chemicals in the brain and nervous system. For example, there seems to be a minor change in the level of certain brain chemicals called neurotransmitters. These are the chemicals responsible for transmitting messages between nerves and between brain cells. Research studies have also shown that people with fibromyalgia tend to have an increased amount of a chemical called substance P in the fluid that bathes the brain and spinal cord (the cerebrospinal fluid (CSF)). This substance may be involved in the way pain messages are transmitted.

A current main theory is that people with fibromyalgia have an oversensitivity to pain signals in the brain. This is called central sensitisation. This may be due to various minor changes in brain chemicals. What triggers or causes these changes is not known.

Note: the term fibromyalgia has been used for a long time. However, because the cause is now thought to be due to the processes described above in the brain and spinal cord, the term fibromyalgia does not accurately describe the condition. That is, there is little evidence that the disease is due to a problem with peripheral tissues such as muscles, tendons and ligaments (although the pain is often felt in these tissues).

Who gets fibromyalgia?
About 1 in 50 people develop fibromyalgia at some stage. It is seven times more common in women than in men. In most cases it first develops between the ages of 25 and 55. It is less common in younger adults, and is uncommon in children.

What are the symptoms of fibromyalgia?
The main symptoms are pains felt in many areas of the body, and tiredness. Some people also develop other symptoms. The severity of symptoms varies from person to person.

Pain
Pain can occur in any area of the body. Typically, many areas of the body are affected, and some people feel the pain all over. The neck and back are the sites that are often the most painful. The severity of the pain can vary from day to day. The pains may be made worse by stress, cold or activity. After a night’s sleep, you may also feel quite stiff for a few hours. Many areas of the body may also be quite tender.

Tiredness
Tiredness (fatigue) is common, and is sometimes severe. In some cases it is more distressing than the pain. It is also common to have a poor sleep pattern. You may wake feeling exhausted. Many people feel worst first thing in the morning, but improve by the afternoon. Even a small amount of activity may make you tired. The tiredness may cause you to have poor concentration.

How is Fibromyalgia Diagnosed?
Fibromyalgia is usually diagnosed by the typical symptoms and a doctor’s examination.

To make a firm diagnosis, symptoms should include widespread pain involving both sides of the body, above and below the waist, as well as the neck, back and pelvis, and have been present for at least three months.

A doctor’s examination will find tenderness in various parts of the body. During the examination a doctor may press firmly with a thumb on various parts of your body. The amount of pressure used does not cause pain in people without fibromyalgia. However, the pressure typically causes people with fibromyalgia to wince with pain. The increased sensitivity to pressure (being tender to mild pressure) can be in many places in the body, and may be all over. However, a doctor may press on certain specific sites (as shown in the diagram). These sites are generally fairly sensitive areas and the easiest to check for tenderness which is typical in people with fibromyalgia.

Apart from finding areas of tenderness, the examination by a doctor will usually find no other abnormality. There is no laboratory test that confirms the condition. However, tests are advised in some cases to rule out other diseases that can cause similar symptoms. For example, your doctor may do some blood tests to rule out an underactive thyroid, early arthritis, etc.

What is the treatment for fibromyalgia
The guidelines point out that optimal treatment requires a combination of treatments: treatment without medication and treatment with medication. Also, that treatment should be tailored to the individual according to pain intensity, function, and whether such features as depression, tiredness and sleep problems are also present.

Exercise does not always help, but studies have shown that it improves symptoms in a good number of cases. If you are able, consider gradually building up to more and more exercise. Aerobic exercises which cause little pounding, such as walking, cycling and swimming, are thought to be the best form of exercise to improve symptoms. Stretching exercises such as yoga may also help. A doctor or physiotherapist can advise on a suitable programme for your particular circumstances. The aim is to exercise safely and without increased pain. Note: pain and stiffness can get worse for a short while when you first start on an exercise programme.

There is no specific test for fibromyalgia so it is often diagnosed once other conditions, including chronic fatigue syndrome and rheumatoid arthritis, have been ruled out. The patient will have suffered widespread pain for three months on both sides of the body, above and below the waist, as well as pain in at least 11 of the 18 known tender points when pressed. Unfortunately, fibromyalgia isn’t well understood by many doctors because pain is often a very subjective symptom. According to a European survey, it takes approximately 18 months to two years to get a diagnosis of fibromyalgia. There are still a lot of doctors who don’t even know about it.

The exact cause of the condition isn’t known but research has highlighted that it is likely to be due to a problem with how the nervous system handles pain. When a normal individual experiences pain, there is what we call a coping process in the brain that manages it. In some patients with fibromyalgia, that process isn’t working properly so their threshold for experiencing pain is much lower.

Obviously SCENAR’s forte is dealing with pain and pain relief or pain management. While a serious condition like fibromyslgia may need more treatment sessions than other ailments, the success with substantially reducing or eliminating the pain is very good. 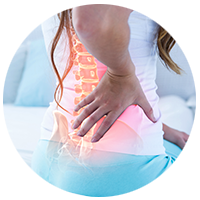 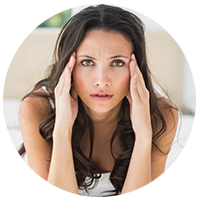 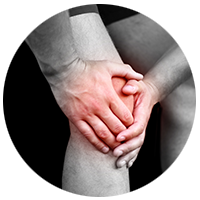 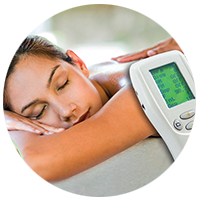 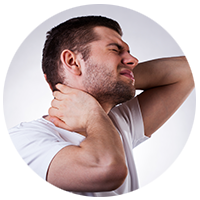 Give us a call, send an email.... we are always willing to chat